Huge applause, fireworks and confetti accompanied the official unveiling of the first AntiRoll stabilization system on Friday 12th September at BurgEquipment in Oostburg, AntiRoll’s production partner. After intensive engineering and test phases in collaboration with MARIN, TU Delft, TU Eindhoven, TNO, Brabant Engineering and Bosch Rexroth, production of the AntiRoll roll damping system started at the beginning of 2014 at BurgEquipment and its sister company BurgMetaal. The first AntiRoll system came off the production line in September and, following its celebratory introduction to the market, will now be installed in the 37 meter Wim van der Valk Trawler ‘Vagabundus’. “We are proud that we are able to produce such a outstanding and advanced fully Dutch product for the marine industry. It is a pleasure to work with the people behind AntiRoll, Arnold van Aken and Patrick Noor. Their knowledge and experience in the field of stabilizers is extensive. That gives us and the customer a lot of confidence. The reactions of the guests after the presentation were overwhelming and very promising.” comments Piet van Burg, owner of BurgEquipment and BurgMetaal and shareholder of AntiRoll. AntiRoll is a roll damping system specifically designed for superyachts. Thanks to its unique, dual-axis fin stabilizer, which rotates whilst sailing and flaps at anchor, AntiRoll provides stabilization both underway and at zero speed without any compromise of performance in either circumstance. The curved, high-aspect ratio fin significantly reduces the drag by between 50 and 75 percent whilst sailing which in turn has a positive impact on the fuel consumption. In addition, with the fin flapping at zero speed as opposed to rotating, a greater lifting force is generated providing a more stable platform. Of particular interest for sail yachts, the fin is also retractable and can be partly folded back in to the hull. This leaves only minor resistance whilst sailing – a feature welcomed by sailing enthusiasts and which solves well known problems related to non-retractable fins. AntiRoll uses an innovative hybrid drive system resulting in relatively low power requirements. 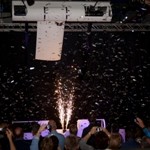 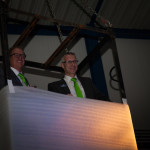 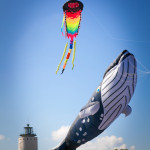 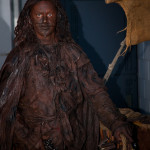