Frequently, DMS Holland receives requests to service other, often older, stabilisation systems. Customers often complain about the fact that many parts of these other systems are no longer available and the advice of our competitors is to buy a new system and replace the old one completely. ‘Nonsense and total waste of resources’ were how Arnold and Patrick responded to this approach, especially when the existing hardware – fins, axis and the hydraulic system – may well still be good. This gave them the idea to develop their so-called Universal Stabilisation Control System (U-S-B). During the recent Monaco Yacht Show, DMS received their first order from the owner of MY Ale Ja III (Ex Seastar) for this brilliant alternative that is set to make many customers with older stabilisation systems very happy in the near future. This control system will be equipped with state-of-the-art technology such as a CAN bus system, a color ‘Touch Screen’ and of course an electronic 3-term controller featuring the best software stabilisation algorithm.
“MY Ale Ja III (Ex Seastar), designed by Cor de Rover, has a so-called FAL control system on board that still consists of a 19-inch rack with many printed circuit boards. A huge amount of this type of control systems are in use around the world. However, these systems are already more than 20 years old and, as to be expected, many of these systems have seen better days and are starting to show defects. From now on, all of these customers can come to us, and this is something that will make not only us, but also certainly these customers, very happy,” says Arnold van Aken, who cannot wait for the first U-S-B to be installed early next year.
“That some deals are special and will never be forgotten is clear to see in the photos. I personally think this is also the beauty of this market sector, the under 24 metres market, where the owner himself still sails the boat and arranges everything. From the pick-up and drop-off of suppliers to the handshake when a nice deal is agreed upon. I really enjoy that,” says Patrick Noor who was brought back to the Monaco Yacht Show on the back of the scooter with the signed contract in hand. 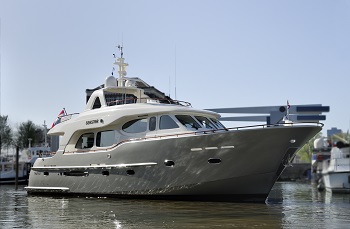 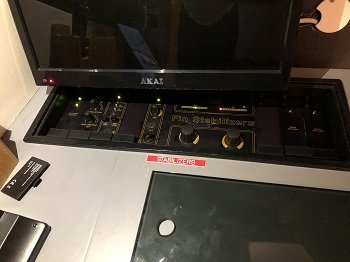 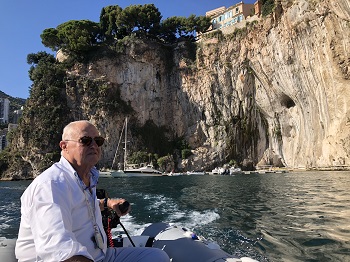 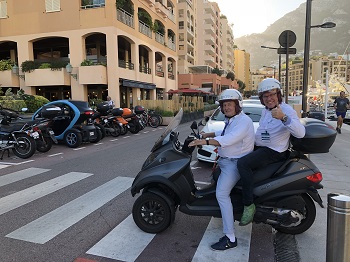