For the third time in their 6 years of exhibiting at METSTRADE in the Amsterdam RAI, DMS Holland has once again introduced an incredible innovation in the field of stabilisers for yachts, the AntiRoll All-In-One stabiliser. To mark this introduction, a special room between Halls 10,11 and 12 was set up as a stand for the company. This room, previously used by the Press, became the “DMS Holland Room” for the three days of the show. As well as DMS Holland, DMS Germany, France, Spain, Italy and Adriatic all received many positive reactions throughout the event. Visitors from all over the world purposely came to look with great interest. Not only shipyards, designers and naval architects, but also owners of yachts who were looking to find out about the delivery times of the new system. “Everyone reacted very enthusiastically to our new product. Even many fellow competitors came to take a look and congratulate us on the AntiRoll All-In-One. For us, that was a sign that we have something good on our hands”, explains Patrick Noor. “In addition to the positive reactions, we were also very open to feedback and any criticisms, something that is only natural and to be expected with the development of any new product. Having spoken to many people over the three days, we were delighted that there were in fact no apparent major issues that came to light. This provides great confidence moving forward as we start building and testing the first prototype which will be installed on an Elling in mid-March 2019. After that, we will be really putting the system through the ropes with extensive testing over a three month period, doing everything we can to break it! Only after that, so from the middle of next year, will we then start the series production”, says Arnold van Aken. 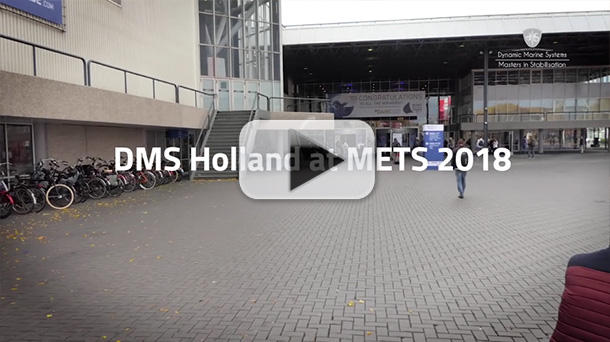