For some time, Hennings Yacht-Vertrieb has been one of the best dealers for Linssen Yachts in Maasbracht. Hennings is not only the biggest buyer of Linssen Yachts, but is indirectly also the biggest buyer of MagnusMaster stabilisers in Germany, based on the fact that they often sell the larger Linssens from the wide range available. Starting from April 2018, the yard will also be offering the stabilisers to existing Linssen vessels in addition to those they already supply for new builds. In other words, they will be offering stabilisers for retro-fit. “Since the arrival of the electric and collapsible MagnusMaster stabilisation system we, as Hennings, are completely in our element. We often unfortunately see that our customers regularly damage their fins whilst sailing and, as a result, experience all the consequences that entails,” explains Heinrich Hennings, founder of this great company in Papenburg. Last weekend, DMS Holland took along its demonstration model to the Hennings’ open days and to the satisfaction of everybody, there appeared to be great interest. During the open days an introduction was also made to DMS Germany, namely John Kappetijn, who will be overseeing and managing Hennings as an installation station with both the sales and installations taking place on the site. 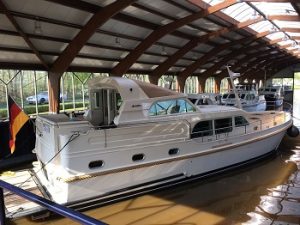 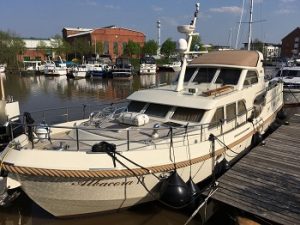 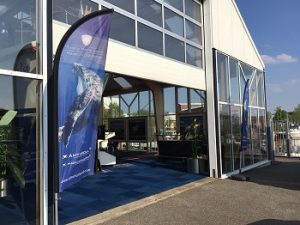 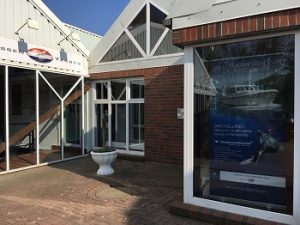