At the end of March – early April the yacht Black Pearl, a 21 meter steel yacht built by Van der Heijden Yachts, will be equipped with a MagnusMaster roll damping system by Moonen Shipyards.  In 2012, the yard delivered the yacht to its owner Mr. Peinemann, co-owner of Peinemann Lifting Solutions. “After more than three boating seasons we have decided to install stabilizers to Black Pearl so that the long trips to England and Denmark in particular will be more comfortable and that the weather and the waves are less likely to interrupt our sailing.”  explained  Mr. Peinemann.  “Although Black Pearl had been prepared for a traditional stabilization system with fins by the yard, we decided upon the electric rotor system MagnusMaster. I’ve been following all the publications on DMS Holland’s rotor system for some time now and am convinced of its performance.  Furthermore, MagnusMaster is produced at Burg Equipment and Burg Metaal where I have had the machines built for my own business for years. I  therefore have every confidence in MagnusMaster.”  said Mr. Peinemann. 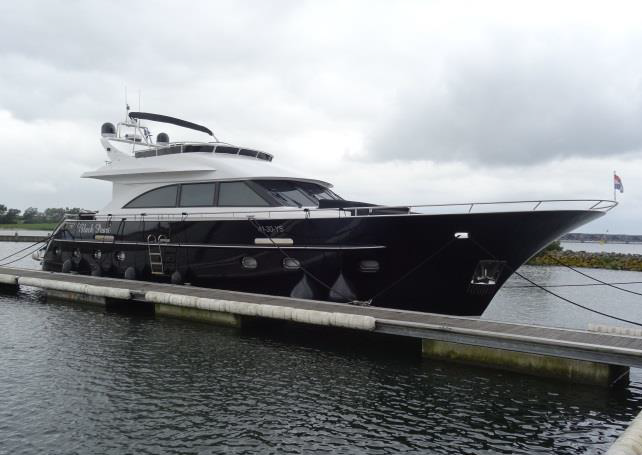