Just a little over a year ago, during the METS trade show in 2015, DMS Holland introduced their own MagnusMaster rotor stabiliser.

Developed with passion and driven by perfection DMS Holland approached existing customers and shipyards with their MagnusMaster system. The majority of the yards moved straight over to the new system and now, just over a year later, the rest of the yards are also on the move towards MagnusMaster.
The system is absolutely ideal for those yacht owners who expect a bit more from their yacht, who want to make longer trips with more comfort and safety.

It is, therefore, incredibly rewarding for DMS Holland to have received so many orders this year from so many great yards. Amongst those are Steeler, Aquanaut, Linssen, Zuiderzee Boarnstream, Jetten, Sturiër, Super Lauwersmeer Van Den Hoven, Flevo Jachtbouw, Kremer Nautic, Wim van der Valk as well as many more. 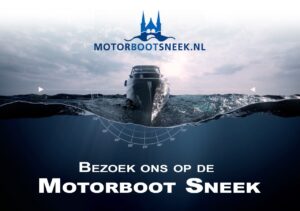