This year marks the 100th anniversary of the Royal Dutch Motorboat Club (KNMC) receiving its Royal title. The KNMC celebrated this milestone with its members from the 25th to the 28th August. Over the four days, approximately 100-120 members moored their yachts in the Batavia habour in Lelystad. Numerous activities were organized including a boat trip on the former Royal yacht, the Piet Hein, as well as excursions to Lelystad, Oostvaardersplassen and the media tower.
DMS Holland had the great pleasure of being able to present the MagnusMaster to members of the KNMC during the event. The best advertisement of all for the MasterMagnus came from a number of DMS Holland customers themselves who already sail with a DMS Holland system and their enthusiasm spread to the KNMC members.

The KNMC was founded in 1907, known then as the Dutch Motorboat Club. From its inception, the association has always been very active on many fronts. By 1916 it had already been awarded its ‘Royal’ title for the many services rendered during the First World War. The KNMC still bears this title with honour. The KNMC aims to promote water sports with motor boats, promote the safety of motor boat sports and look after the environment. 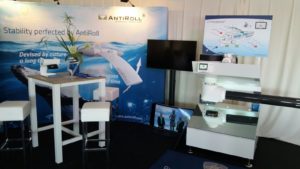 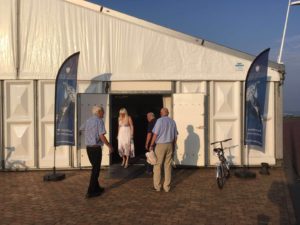 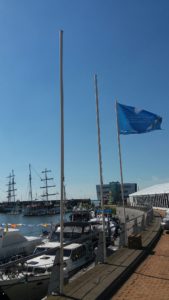