Having originally started as a sponsor of “Amicale Grand Banks” in 2014, we have since received the first order for a Grand Banks from Kremer Nautic. In early March, a RotorSwing system was installed on board of the already cruising Grand Banks 53 Aleutian. Due to it being a fast cruising yacht, the installed rotor system includes the ‘Rake’ function.  With the ‘Rake’ functionality, the rotors can be set at an angle of 45 ° enabling the vessel to benefit from optimal roll reduction whilst at sailing at speeds of 10 to 16 knots. At higher speeds, the rotors are retracted back against the hull to minimize resistance. 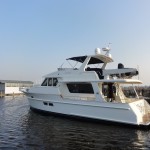 Installation on MY Earl Grey. 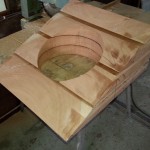 Hull is reinforced by means of wooden blocks. 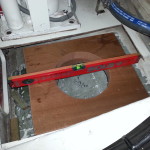 The hull is reinforced. 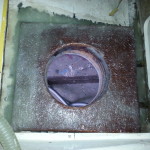 The reinforcement is laminated. 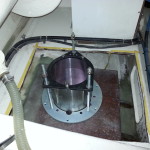 The stainless steel bus is placed. 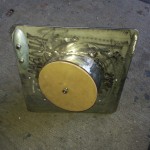 Double plate is welded to the bus. 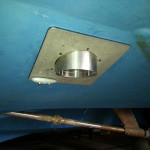 Double plate is attached including Anode. 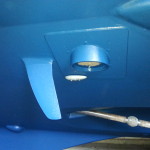 Fin and plate protected with anti-fouling. 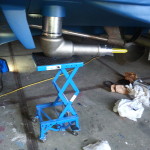 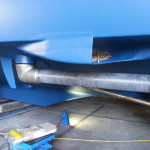 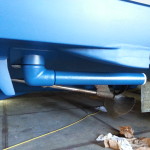 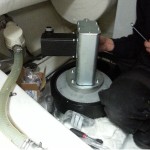 Servo motor and belt to drive the rotor. 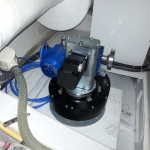 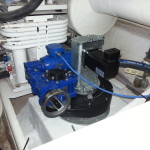 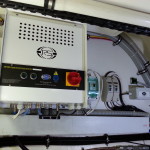 The “three term plus” control including Rake. 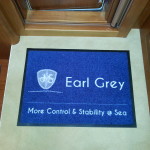 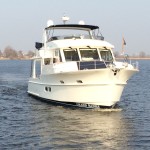 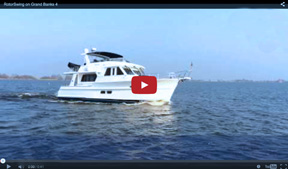 DMS rotor system in action with forced roll. The system starts from as little as 3 knots. This system is equipped with the rake function for use up to 16 knots. At higher speeds, the rotors automatically retract.