During the ninth edition of the Maritime Awards Gala and in front of more than 850 maritime professionals, Arnold van Aken and Patrick Noor received the prestigious Maritime Innovation Award presented by Anita Witzier. This year’s Awards took place at the monumental Taets located on the Hembrugterrein, situated at the North Sea Canal between Zaandam and Amsterdam. During the Gala, five maritime prizes were awarded: the KVNR Shipping Award, the KNVTS Ship of the Year Award, the Dutch Royal Navy Van Hengel-Spengler Prize, the Wim Timmers Designer Award and the Maritime Innovation Award.

The Maritime Innovation Award was first created in the year 2000 marking the retirement of the president, at that time, of the association of maritime suppliers. This award is aimed at raising awareness of the innovative power that emanates from the maritime and offshore supply industry as well as encouraging innovative developments within the maritime sector. 2014 marks the thirteenth time that this prize has been awarded. 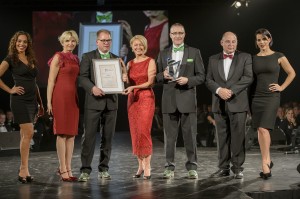 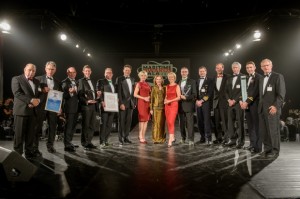