A new evolution in stabilisation

(Expected to be available from the 4th quarter of 2020)

AntiRoll, the dual-axis stabiliser for the superyacht sector patented by DMS Holland, forms the basis for the new AntiRoll All-In-One. This latest innovation from DMS Holland shares many of the same principles in terms of performance and functionality. When the yacht is stationary, the fins make a flapping motion. At cruising speed the fins rotate but thanks to their ‘high aspect’ shape, they generate less resistance than traditional fins. So what is new? The addition of stabilisation at fast speed making it a truly multifunctional, all-in-one stabiliser that does not sacrifice performance in any circumstance. At high speeds, the fins fully retract behind the yacht’s transom. From this position, the fins can both trim as well as dampen the rolling and swaying of the yacht. Furthermore, the fins can easily be retrofitted on the transom which in turn provides a positive contribution to speed and reduces resistance and fuel consumption.

Why AntiRoll All-in-One? Watch this video.

@ Cruising Speed
The fins rotate as traditional fins, but with much less drag due to the high aspect ratio fin shape. 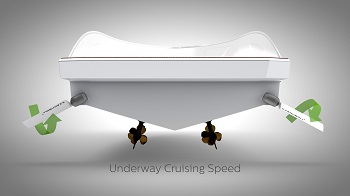 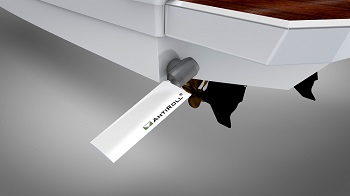 @ High Speed
The fins will be completely retracted out of the water behind the ships’ transom. From there they can simultaneously perform trim, pitch and roll stabilisation. 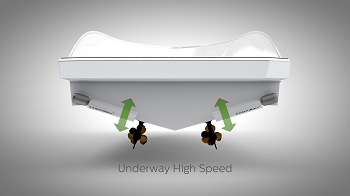 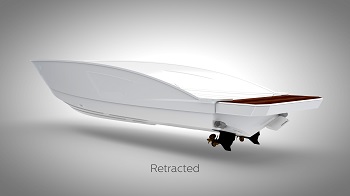 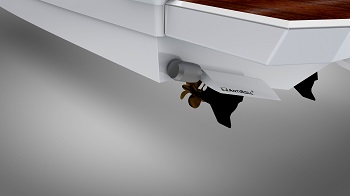 @ Zero Speed
The fins will operate in flapping mode. 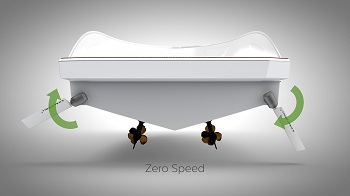